Considerable Growth During the Campaign

No Pizza set out to increase the awareness of the restaurants location with outdoor advertising. Campaign was scheduled to run over the month of May, when the newly renovated premises and renewed menu were ready to welcome the new customers.

The the campaign was a resounding success, and during May No Pizza saw +15% growth in sales!

The results of the campaign were very encouraging. And to be frank, we did not expect quite this level of growth. Rainer Lindqvist Marketing Director, Kotipizza Group

Outdoor advertisement in Helsinki city center’s digital panels turned out to be great approach to reach diners during the busy lunch hour.

The creative ad and its targeted message, which took advantage of dynamic data, had a great effect. The campaign captivated target audience’s attention and those craving for pizza found their way to the restaurant, growing the lunch traffic by +5%. 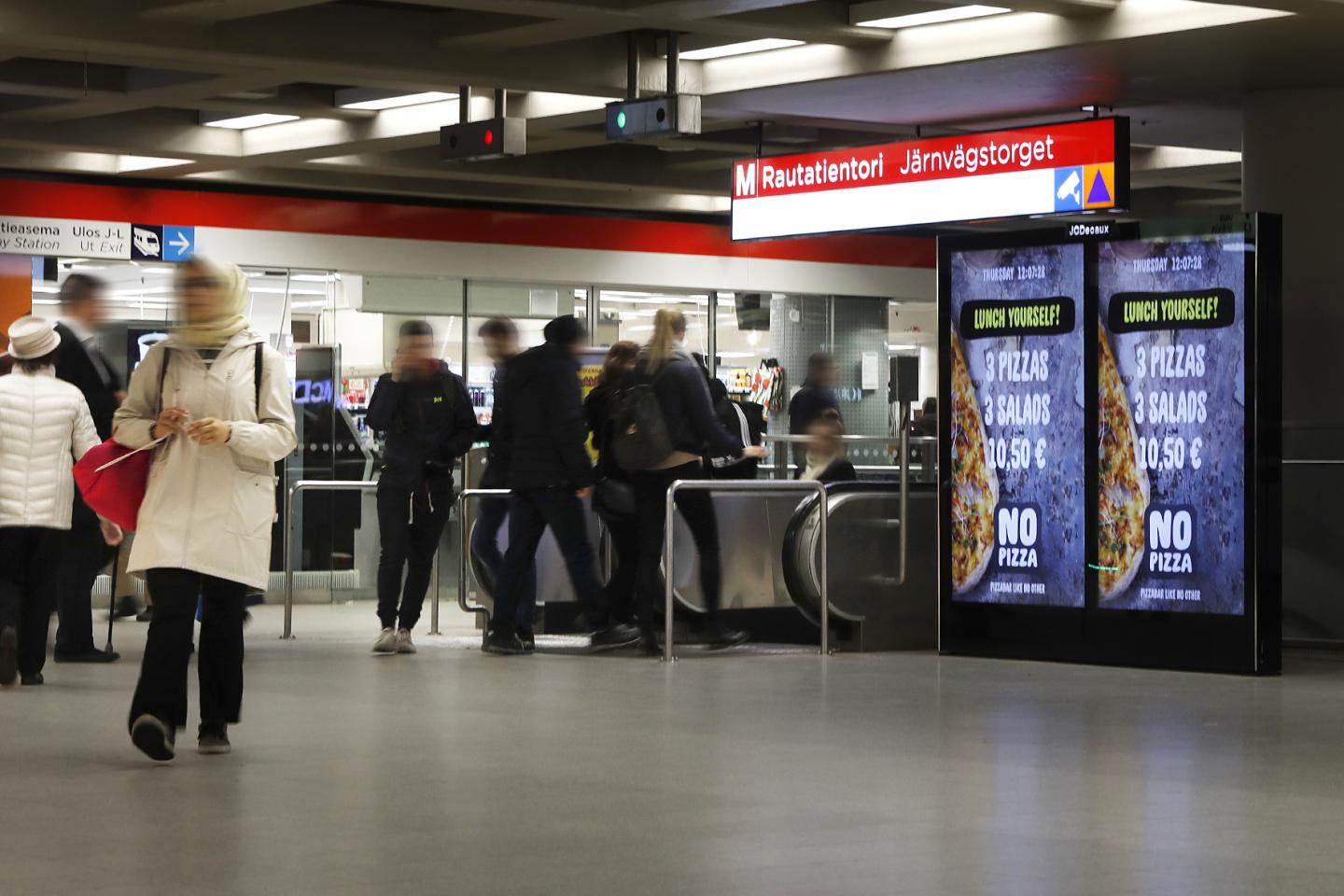 No Pizza wanted the campaign to reach young urban adults and profile the restaurant as an after-hours gathering place. The Wednesday afterworks and pizza+beer combo deal proved a great way to attract customers to the pizza bar.

The No Bullshit afterworks along with an accompanying podcast, were part of the dynamic campaign. The laid back talk show, created in cooperation with Feat, had celebrity guests discussing current topics.

Results with a Multichannel Campaign

No Pizza’s campaign is a great example of a successful multichannel approach to marketing, with a strong synergy between different activities. Dynamic outdoor advertisement, targeted some, as well as the afterwork podcasts along with its influential guests, proved to be an efficient way to reach the target audience.

Published in Case , about #Dynamic, #Digital