Norwegian took advantage of dynamic weather data in their most recent OOH campaign and increased the sales of their new destinations by up to +20 %. Read why the airline ended up utilizing real-time data-feeds in their outdoor ads.
Share on

DYNAMIC CONTENT FOR THE LAUNCH OF NEW TRAVEL DESTINATIONS

During last year, the 6th largest low-cost airline in the world, norwegian carried over 33 million passengers. The company has over 500 routes, to over 150 different destinations, with one of the youngest and greenest air fleets in the world. It has also been chosen as the best low-cost airline in europe five years in a row. To the delight of finns, norwegian increased its flights and available seats by nearly 80% on routes to mediterranean destinations, in addition several new routes where launched. The launch of new and increased travel locations was built around smart digital outdoor advertisement. 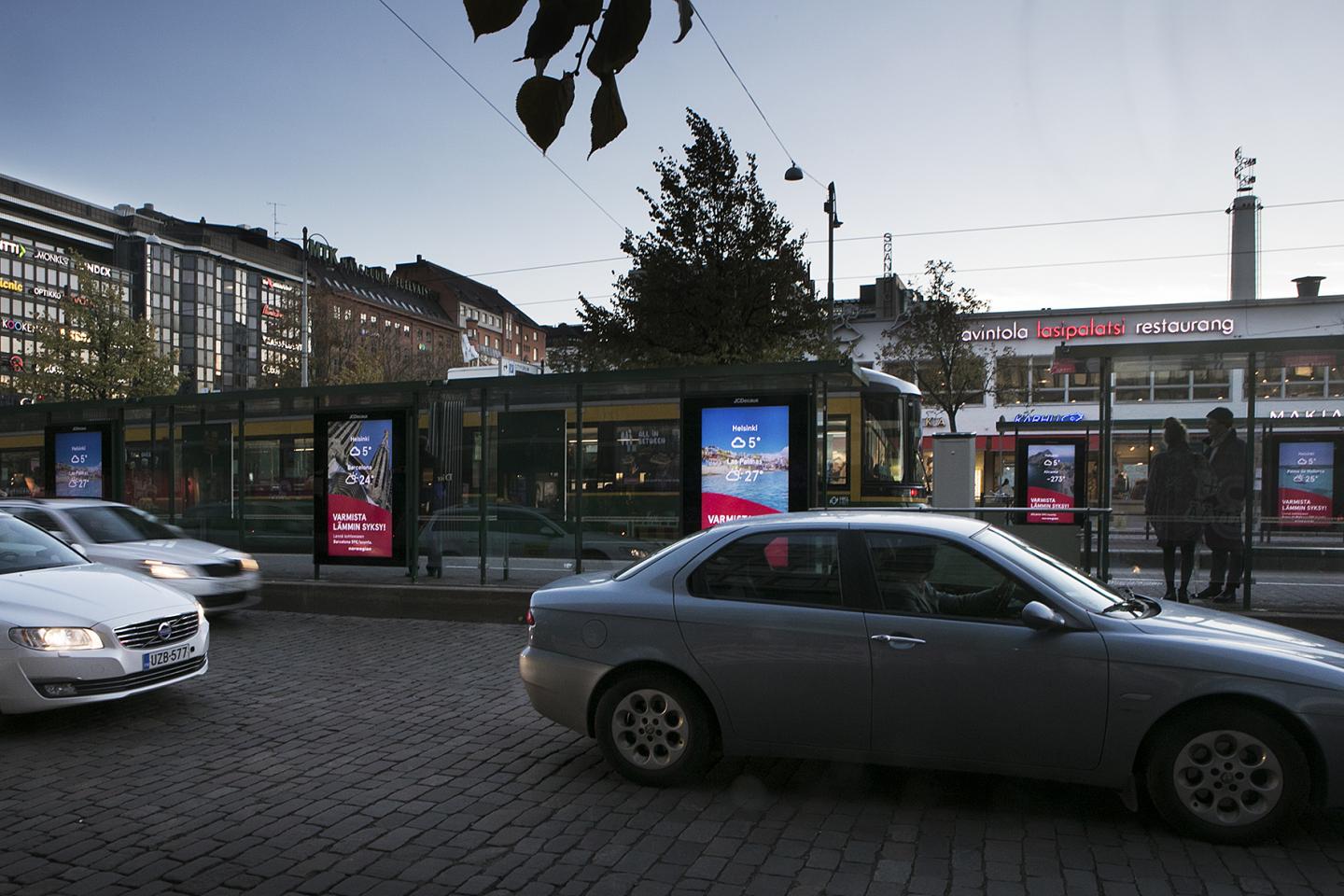 A successful launch of the new destinations as well as filling the increased flight capacity was a commercial challenge. How to quickly and effectively communicate the news to the metropolitan consumers?

In this case, the weapon-of-choice was dynamic digital outdoor advertisement, accompanied by print and online. The goal was to grow interest towards travelling, the launched destinations, and Norwegian itself in new age demographics.

REAL-TIME WEATHER AS THE EYE-CATCHER

The campaign utilized real-time weather data, which compared the current weather between Helsinki and the chosen destinations. Comparing the damp October Helsinki to Tenerife’s sun, undoubtedly rose the audience’s enthusiasm for travel.

“We wanted to have an influence on people and bring out the new destinations in a modern and smart way, using dynamic outdoor advertisement. The content, with weather data integrated to the travel destinations, combined with an affordable price ended up working well”, details Norwegian’s Marketing Manager Patrik Furuhagen.

In outdoor advertisement, we see more and more innovative ways to utilize various data sources. With data, it is possible to create interesting and relevant content, leaving only sky as the limit for creative ad design.

Published in Case , about #Digi en