In Finland outdoor advertisement started already in 1946, when the company´s name was Oy Ulkomainos Ab. In 1985 we changed our name to Maximedia. The cooperation with JCDecaux Group started in 1989, when the world leader bought 80% of Maximedia. Since 2001 we have been known as JCDecaux Finland.

At the moment we, JCDecaux Finland, employ about 65 professionals from various fields of expertise. In Finland our main fields of business are Street Furniture, Point of Sale and Transport products.

JCDecaux Finland's roots go back to year 1946, when first Finnish outdoor ad company Ulkomainos Oy was founded. In 1969 Oy Maximainos Ab was founded. In 1987, a company by the name of Maximedia was founded from a combination these two and an assortment of smaller OOH enterprises. Maximedia rapidly grew to become the biggest out-of-home media in Finland.

In 1989 Maximedia became part of the French JCDecaux Group and was fully acquired in early 2001. JCDecaux Group operates around the world and is constantly expanding to new locations. JCDecaux Finland has presence in 73 largest cities in Finland, building the urban landscape, while providing a far reaching mass media to advertisers. 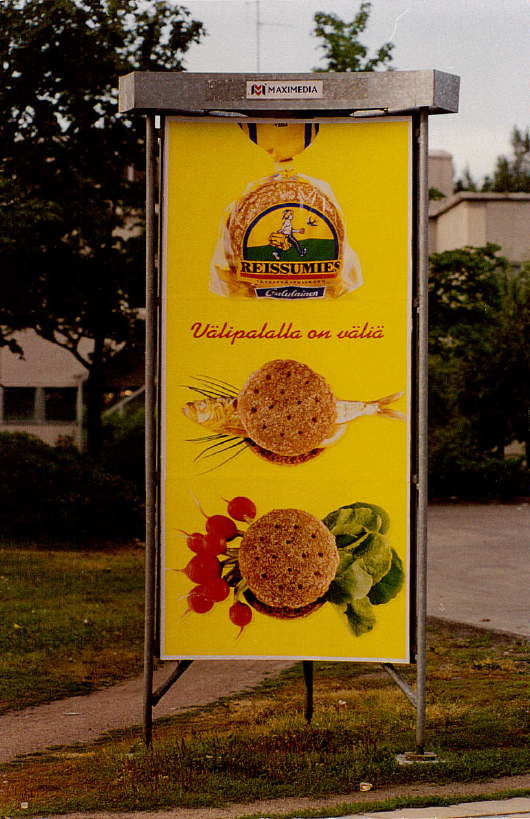 In Finland, Ad funded rainshelters were on the drawing board as early as 1960. First plans and prototypes were created in 1969. During the same year, AH-Juliste Oy agreed with HKL on building the shelters, with the first  appearing in Aleksanterin katu in the following summer.

As HKL was able to set up only 10 shelters a year, an agreement was made for AH-Juliste to build them, and in return recieve the full use of the poster surfaces. The first 5-year contract came in to power in 1973.

After some initial hurdles, the construction of the shelters was started in 1973. Simultaneously AH-Juliste changed its name to Julisteyhtymä and set up 210 shelters within 1,5 years. The new equipment was well received by the advertisers, despite the fact that the shelters saw multiple revisions to improve the durability of the structure.

In 1985, Maximainos acquired Julisteyhtymä and started to build on their initial concept. Today, JCDecaux Finland has over 5000 ad surfaces in finland, with over 60% of backlit Abribus being a part of a bus/tram shelter. 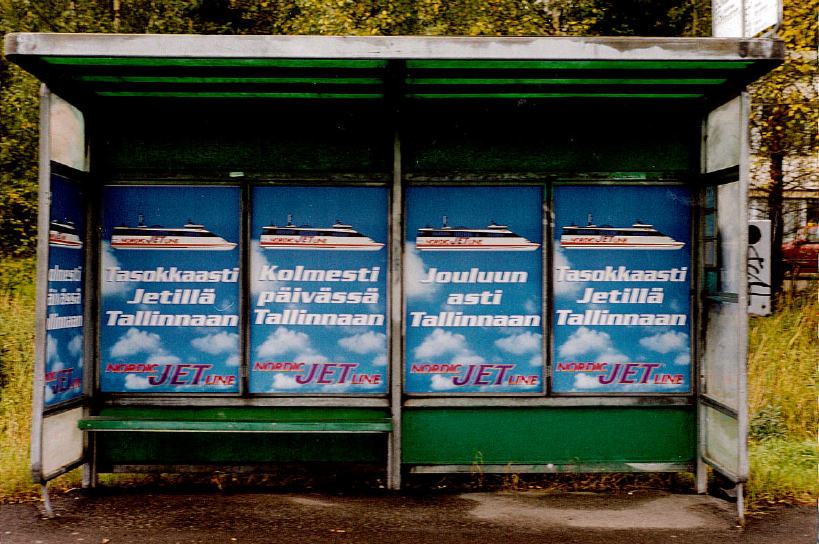